The Wing – Ease and speed to your skate skiing 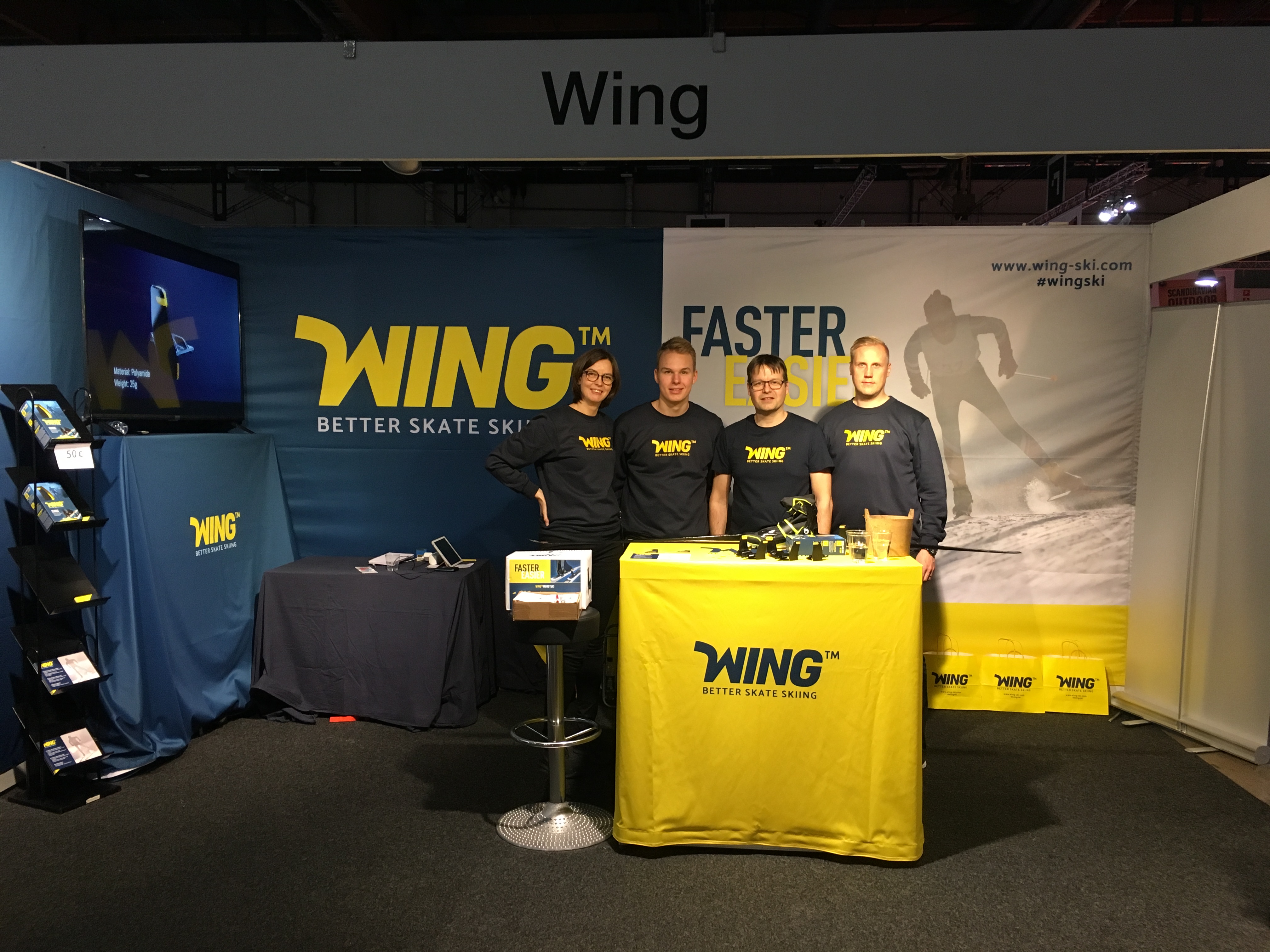 09 nov The Wing – Ease and speed to your skate skiing

Posted at 09:59h in Yleinen by Päivi Eskelinen

After four years of careful planning and testing the Wing, an innovation to make your skate skiing easier and faster was launched in Helsinki, Finland. The Wing supports your skate skiing boot by being attached to the binding.

The ex-athlete skier, Arto Mattilla developed the Wing to solve the issue of sore knees and soles of feet after skate skiing. The Wing was born as a result of thousands of skiing kilometers. Now you have a chance to enjoy skate skiing no matter what the skiing condition is!

The Wing Online store was opened to celebrate the product launch on the first of November 2018. On the same week the first Wings were introduced on the GoExpo Winter Fair in Helsinki, Finland. The Wing is sold by the Finnish company Innon Oy, which is run by Mr. Arto Mattila. Mr. Mattila and his team were impressed and excited of the interest and enthusiasm for the Wings at the GoExpo Winter Fair.

Mr. Mattila comments: ‘There seems to be a lot of interest to skate ski faster and to have better ankle support among both competitive and free time skate skiers. By testing the Wing, you get to enjoy the benefits the Wing brings to skate skiing’. The skiing season 2018-19 is soon here and this was seen in the number of people visiting the GoExpo Winter 2018 Fair.

Thank you for all who visited the Wing-ski – stand! Please check the Wing Online store, where you can buy your own set of Wings (https://wing-ski.com/en/Product/online-store/) .


We use cookies to provide and improve our services. By using our site, you consent to cookies. OK Learn more
Tietosuoja & evästeet

This website uses cookies to improve your experience while you navigate through the website. Out of these, the cookies that are categorized as necessary are stored on your browser as they are essential for the working of basic functionalities of the website. We also use third-party cookies that help us analyze and understand how you use this website. These cookies will be stored in your browser only with your consent. You also have the option to opt-out of these cookies. But opting out of some of these cookies may affect your browsing experience.
Necessary Always Enabled
Necessary cookies are absolutely essential for the website to function properly. This category only includes cookies that ensures basic functionalities and security features of the website. These cookies do not store any personal information.
Non-necessary
Any cookies that may not be particularly necessary for the website to function and is used specifically to collect user personal data via analytics, ads, other embedded contents are termed as non-necessary cookies. It is mandatory to procure user consent prior to running these cookies on your website.
SAVE & ACCEPT